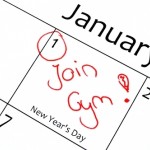 Have you ever wondered how some people do it?  How do some people actually make a real change in their lives? What exactly did they do and why do the rest of us stutter and stumble back into what we’ve always done?  As an example, let’s use an old favourite:  Going to the gym.  It’s New Year’s resolution time and quite commonly, especially after an indulgent festive season, most people set out to make going to the gym a part of their lives.  But it rarely lasts more than a few weeks and without even realising it they return to a more familiar ‘modus operandi’.  So why is their change only temporary?

The answer to this question is found in the understanding of how behaviour is affected by our beliefs.   Our belief systems are embedded within our unconscious mind (meaning they are largely autonomic and pre-programmed).  It is these systems of belief that ultimately govern and affect our lives.

Take our resolute new year’s gym goer who automatically reverts back to their accustomed way of behaving after a few weeks.  Given that going to the gym does not become a lifestyle change, but rather just a quick, dirty affair, it’s safe to conclude that their decision to go was a product of the conscious mind (meaning it was a specific, deliberate response or a superficial thought process).

However, in order for someone to make the change a permanent part of their life, they would need to address their existing limiting belief and replace it with a new, more empowering one.  In other words they would need to make a change to their belief system rather than just effecting a superficial change.  And that in a nutshell, is the nuts and bolts of this diagnostic.  Some people are able to make lasting changes in their lives (perhaps unknowingly) by changing what they believe.

Let’s take a closer look at this.  You may have heard of the Iceberg Paradigm.  It’s a useful metaphor to understand the 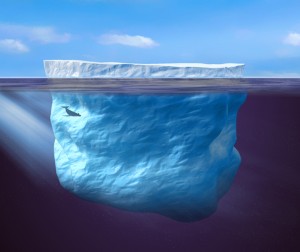 Okay, so now we know that our belief systems reside in our unconscious mind and that we need to change what we believe in if we are to make a lasting change in our lives, but let’s take a moment to ponder the following:  what exactly is a belief?

Mainstream psychology and related disciplines have traditionally treated belief as if it were the simplest form of mental representation and therefore one of the building blocks of conscious thought.  The dictionary defines belief as:  “an acceptance that something is real”.

As for me, I resonate with the definition “a belief is an assumed truth”.  I find it particularly apt because it gives me the power to assume any truth I choose!  “We are what we believe we are.” – C.S. Lewis.  A simple but powerful quote if you truly understand just how powerful your belief systems are.

Here is another example.  Take a young child who wets the bed in fear and trepidation of the monster under their bed!  Shadows are the beast come alive and the tiniest creak or croak from outside are the monster’s footstep at the edge of the bed.  Their belief is so strong that it actually manifests a physiological reaction such as heart palpitations, sweating and even bed wetting through heightened anxiety. 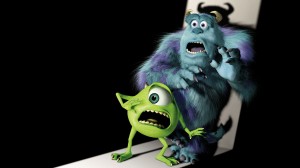 As the child matures, they reach a rational understanding that monsters do not exist.  However, just because there is no longer evidence to support the belief, does not mean the belief will just disappear or automatically be replaced by a more empowering or positive one.  The unconscious mind does not work like that.  You see, when we believe in something we tend to find evidence to support it.  This is how it becomes a belief (and a reality).

Since the monsters are no longer rational or the evidence for the assumed truth (i.e. monsters exist) has been disproved, a new belief system must replace the old one. The belief of monsters is replaced by a fear of the dark or perhaps a fear of being alone.  When a belief is changed, it will always be replaced by another.  And further to the point is when we believe something; we WILL find evidence to support it – even if it’s not healthy for us and even if it means adopting a new set of beliefs.

Does the following sound familiar:  “but it’s just the way I am”?  This is a simple example of finding evidence to support your assumed truth.  And once we find evidence (even though it may be assumed) it reinforces our belief and this in turn creates a self-fulfilling prophecy or a causality of reality. Our beliefs define our reality.  If you believe yourself to be an unfortunate soul, cursed by the gods for whatever reason and that all your pockets have eternal holes – then this unfortunately (pardon the pun) will be your reality.

But the beauty of belief is that it is an ASSUMED truth.  And so our ‘woe is me’ belief system can be replaced by something healthier.

The first step in any process of transformation is identification or awareness.  You will need to first identify what your limiting belief is. 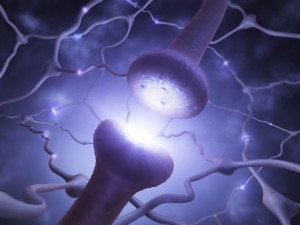 Once you know what it is, then you can confront it, challenge it and replace it.  Please bear in mind that some beliefs are deeply ingrained and coupled with the galvanised shackle of time and habit, it can be extremely challenging to replace it.  Note – not impossible because it is an ‘assumed truth’, but challenging, because the assumption is so deeply believed.  It will require time, patience and tenacity.

You will notice that the moment you attempt to change a belief, your unconscious mind will flood with reasons and excuses as to why it won’t work.  This is the nature of self-preservation for the belief – because it wouldn’t be a belief if you didn’t have evidence to support.  The trick here is to logically challenge it and ask yourself honestly; what are the consequences of this belief?  While the unconscious will kick back quite strongly at first, keep at it.  Try writing it down.  The physical act of writing it down and actually seeing it on paper will help the unconscious to start accepting that a new belief is needed.

Remember – once you challenge the old belief have a new empowering one to take its place.  And be sure to tell people about it.  Proclaiming a belief is important, because if the people around you believe it, you will have more evidence to support your truth.  The more evidence you have, the easier it is for the belief to take root and grow.

In my program, The 5 Steps to Clarity, I used the Albert Ellis rational-emotive modal to help people reform a limiting belief.  It’s as simple as ABCDE.  We learn to identify the belief by understanding its emotional impact and what consequences it may have.  We then go onto use language effectively to ensure that we are affirming our new belief and like I said above, I show you how to “proclaim” your new belief and how to deal with the feedback your receive.

If you feel you need some guidance with this, please don’t hesitate to use the ‘Contact Me’ button at the top right of this page.

3 thoughts on “What do you believe?”