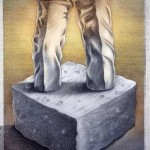 Good old writer’s block – like a bad Mafioso movie, my inspiration to write has felt more like a pair of cold, heavy concrete boots (the ones that see you sink to the bottom of a murky river) rather than my usual exuberance.  Instead of wielding my pen like Zorro – fleet footed, elegant and full of pizazz, my pen has felt more like a butter knife in the hands of a lumber jack!  And it would seem this allegory was quite apt given the mounds of scribbled and scrawled paper around me.

So what brought me out of the dreary depths of fallen writers?  Well, inspiration it seems is often found when you are at the bottom of the lake looking up (proverbially of course).  And just like that, the weighty, grey cement blocks released me from their grim depths and I was back!  Ironically, I’ve been talking about the ‘Fog of Life’ recently and have even devised a program centred on this state of mental vagueness, so it came as no surprise that irony abounded when my inspiration returned.

Let me explain.  My creative lenses were seriously blurry and my thought process was stagnant!  The irony was that I was making it worse by inadvertently creating a habit by mentally repeating the same negative thoughts: “I have writers block, I have no inspiration to write”.  What exactly is a habit?  It is the repeating of an action, emotion or thought until we believe it to be true.  It moves from our conscious mind into the unconscious and that’s when we stop “thinking” about it and instead it starts to happen automatically.

Once that happens, a habit has been formed.

An action, emotion or thought compounded by repetition will bury itself into your subconscious.  And so by repeating that negative phrase to myself consistently, I was starting to believe I had lost my mojo.  Extreme and dire I suspect, but the unconscious does what it must to make the conscious believe – think about that the next time you ‘argue’ with yourself.

One of the biggest repercussions of being stuck in ‘The Fog of Life’ is the very real possibility of your unconscious accepting this as your life’s status quo.  I call this ‘negative habitising’ (yes a made up word and hopefully a book waiting to happen).  I’ve said it before;  our reality is what we believe it to be.  The addendum to this is that we create our reality by repeating actions, thoughts, emotions or processes. 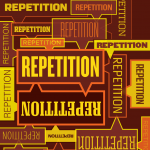 The good news is that ‘negative habitising’ is 100% reversible.  You can choose to habitise positively because the unconscious is totally reprogrammable.  Simply remember this:  habits are a symptom of repetition.  The more you do something, the more it becomes second nature. This is true for all things (physical, mental, emotional and spiritual).  So, why not choose to create more empowering habits instead of limiting ones?  I cover this as part of my course – The 5 steps to Clarity, so if you are in need of some help or know someone who is – please get hold of me by using the Contact Me tab at the top of right hand side of this page.

Below I have provided an introduction to the four principles of ‘positive habitising’ and here is a simple acronym to help you remember them: L.O.V.E 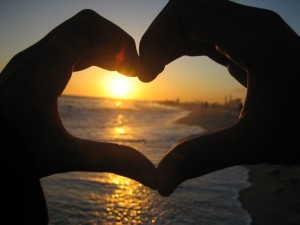 LISTEN
‘We are who we are because of what we say we are’ – a bit of mouthful but read it again slowly.  We define who we are by the language we use daily.  So a useful first checkpoint on your road map is to listen to what you are saying.  Self-awareness is perhaps the most fundamental aspect personal development.  Second is language.  They say the pen is mightier than the sword but then what of words and your voice? Be aware of what you say, not only to others, but also to yourself.

OPTIMISE
Once you have heard yourself, make the change to a more appropriate language set, I call this language optimisation.  An easy way of doing this is to make a list of all your negative words that you have been using and then flip them.  For example: “I can’t” becomes “I can” or “I will”.  Here’s a challenge for you – try not to use the word “don’t” for a whole week and instead find a positive substitute.  Change your actions, emotions and thoughts by optimising your language.

VOCALISE
Listening to what we say is the first step.  And then changing what we hear is the second, the third one is obvious – say it.  Say it or vocalise it.  Affirmations are a wonderful way of training yourself to think ‘better’.  Write down a list of empowering statements. Make them relevant to what you want to change, and write them in both current and future tenses. Repeat out aloud daily. Remember step one – listen; you need to vocalise in order to listen.  Eventually you unconscious mind will begin to accept this as reality.  The real power comes from repetition so vocalise and repeat daily!

EMPOWERING EVENT
Lastly, when we are passionate about something or we have a goal that motivates us, the human conscious system accepts this much more readily and easily (and quicker) than repetition.  So find your empowering event or a purpose to drive you.  Purpose gives us direction, and when we know where we are going, it is easier to find enthusiasm to create interesting and positive habits.

As usual any questions or queries are welcome.  Happy habitising people.